Effective Criminal Defense • Se Habla Español Free Consulation
I thought I was OK to drive. When facing DUI charges there may be options that can reduce or eliminate a conviction. Learn More
Practicing since 1999, we offer effective and aggressive legal assistance.
Contact Us

Are you looking for an experienced DUI attorney in Brevard County? If you, or a loved one, have been charged with DUI we may be able to help.

We are effective and aggressive and will work to help you get results that you need, from minor to major charges, at affordable rates.

If you have been charged with a DUI, call our office now for a free case review .

If you have a legal question, concern, or would like to schedule a consultation simply fill out the form below.
If this is an urgent matter please call .

Mr. Casanova is a member of the Florida Bar Association, The National Association of Criminal Defense Attorneys, The Association of Trial Lawyers of America, lifetime member of The Florida Association of Criminal Defense Lawyers, The National College for DUI Defense, and the Vassar B. Carlton Inn of Court. Steve was selected for membership in the National Advocacy for DUI Defense (NAFDD). He was recently named as a Director on the Board of Directors for The Brevard County Bar Association. In addition, he is an Adjunct Professor at the University of Central Florida teaching Criminal Law. He is also admitted to the United States Federal Court Middle District of Florida, and the 11th Circuit Court of Appeals located in Atlanta, Georgia. He is also a certified breath test maintenance technician and Intoxilyzer 5000 operator.

Mr. Casanova is a first generation American, bilingual in Spanish, and a resident of Brevard County for over 40 years. His family has resided in Florida since the 1930's.

At Steven G. Casanova, P.A., we know what is at stake after an arrest for driving under the influence (DUI). As such, we work to the fullest extent of our professional and ethical abilities to secure a satisfactory outcome for each of our clients. The law can be unforgiving and the legal system can often feel impersonal and isolating. We can protect your rights during this time so that you can move on after a run-in with the law.

We know exactly what is needed to create a compelling, creative, and effective defense strategy. No matter how complex you think your case may be, know that you do have protection under the law. There is no amount of evidence that can take away your right to have a Melbourne criminal defense lawyer at your side.

Do You Need a DUI Lawyer?

Every state has some sort of "drunk driving" statute. The term "drunk driving" is in quotes because none of these laws require that you be "drunk" or "intoxicated" to be guilty. All that is required is that your ability to operate a vehicle has been impaired to any extent at all or that your Blood alcohol level exceeds the state limit (which is now .08% in all states). Some states call it DWI (Driving While Intoxicated), but it refers to the same offense. The consequences of DUI differ drastically from state to state and are influenced by your age, blood alcohol limit (BAC), whether you have been arrested for DUI in the past, and whether you caused injury or death during the DUI.

A DUI Lawyer can help...

An experienced DUI Defense lawyer can help you understand what you are up against and the fines you may be required to pay. A DUI lawyer mostly deals with DUI matters and knows the process inside and out – including options that a public defender may not tell you.

The consequences of a DUI vary greatly from state to state and a DUI lawyer will be able to explain how those consequences in your state apply to you such as (1) harsher punishments for those arrested with BAC limits over .08, (2) special laws for underage drivers arrested for DUI, (3) possible community service or plea bargaining, (4) overlapping jurisdiction of Courts and your state's motor vehicle licensing department to suspend or revoke your license, and (5) contingent license programs that allow you to use your vehicle to get to and from work.

Dealing with the motor vehicle department can be frustrating and time consuming. A DUI Lawyer can manage the process for you by completing the required forms; making phone calls; scheduling and/or representing you at a Motor Vehicle Department suspension hearing, and making other necessary arrangements.

Represent you in court

An experienced DUI Lawyer knows the ins and outs of the courtroom and may be able to obtain a lesser sentence for you if your situation and state law allows for it.

Don't know if a DUI Lawyer is right for you? Here are some general guidelines:

Definitely hire a DUI Lawyer if you already have several DUI's and receive another; or if your DUI arrest was the result of an accident or if anyone was injured; or if you are a professional driver whose livelihood depends on keeping your license.

Seriously consider hiring a DUI Lawyer if you've been arrested for a second DUI (in the same or another state) or were arrested with a BAC limit over double the legal limit as harsher penalties may apply.

You might want to hire a DUI Lawyer if you don't understand your rights or DUI laws, what you need to do, or the consequences you face. You also might want legal representation if you are in a profession (or plan to be) that requires bonding or in which any criminal conviction might prevent you from getting or keeping a professional license. If you don't know the requirements, then you need expert advice before handling the case yourself.

Mr. Casanova and the staff in his office handle everything for your case and do so in a friendly professional manner. The work Mr. Casanova did for my case was outstanding with results far better than I could have hoped for. If I ever find myself in trouble again, there will be no research needed, I will IMMEDIATELY call Mr. Casanova's office. I suggest if you find yourself needing legal representation, you do the same. 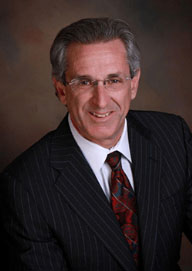 Mr. Casanova vigorously defends the accused in all cases ranging from misdemeanors to serious felonies. He practices in both State and Federal Courts. His experience with Federal drug trafficking cases, drug possession and sale cases, aggravated domestic battery cases and all misdemeanors and felonies gives him a perspective on criminal law that can provide you with a significant advantage in today's legal system.